Today marks 218 years since the Haitian Revolution resulted in the birth of the First Black Republic. The Island of Saint Domingue was liberated after a 13 year battle against the French Republic. Whilst many may claim Haiti has fallen from its once glorious pedestal – there is no denying that the revolution itself is a proud moment for all people of African descent.

The Haitian Revolution was a successful anti-slavery and anti-colonial insurrection by self-liberated slaves against French colonial rule in Saint-Domingue, now the sovereign nation of Haiti. It began on 22 August 1791 and ended in 1804 with the former colony’s independence. It involved blacks, mulattoes, French, Spanish, and British participants—with the ex-slave Toussaint L’Ouverture emerging as Haiti’s most charismatic hero. It was the only slave uprising that led to the founding of a state which was both free from slavery and ruled by non-whites and former captives. It is now widely seen as a defining moment in the history of racism in the Atlantic World.
Its effects on the institution of slavery were felt throughout the Americas. The end of French rule and the abolition of slavery in the former colony was followed by a successful defence of the freedoms they won, and, with the collaboration of free persons of colour, their independence from white Europeans. It represents the largest slave uprising since Spartacus’s unsuccessful revolt against the Roman Republic nearly 1,900 years earlier. It challenged long-held European beliefs about alleged black inferiority and about enslaved persons’ capacity to achieve and maintain their own freedom. The rebels organisational capacity and tenacity under pressure inspired stories that shocked and frightened slave owners in the hemisphere.

The riches of the Caribbean depended on the Europeans’ increasing taste for sugar, which plantation owners could exchange for provisions from North America and manufactured goods from Europe. Starting in the 1730s, French engineers constructed complex irrigation systems to increase sugarcane production. By the 1740’s Saint-Domingue, along with Jamaica, had become the main supplier of the world’s sugar. Sugar production depended on the enormous amount of hard manual labor provided by black slaves in the harsh Haiti colonial plantation economy. The white planters who received their wealth from the sale of sugar knew they were vastly outnumbered by slaves and lived in fear of slave rebellion.

In 1758, the white landowners began passing legislation that set restrictions on the rights of other colours and classes, until a rigid caste system was defined. Most historians have classified the people there at the time into three groups. One was the white colonists, a second was the free blacks (usually mulattoes), or people of colour, a third group, outnumbering the others by a ratio of 10-to-1, was made up of mostly African-born slaves, who spoke a mixture of French and West African languages known as Creole.
White colonists and black slaves frequently had violent conflicts. Gangs of runaway slaves, known as maroons, lived in the woods and often conducted violent and brutal raids on the island’s sugar and coffee plantations. Although the numbers in these bands grew large (sometimes into the thousands), they generally lacked the leadership and strategy to accomplish large-scale operations.

The first effective maroon leader to emerge was the charming François Mackandal, who succeeded in unifying the black resistance. A Vodou priest, Mackandal inspired his people by drawing on African traditions and religions. He united the Maroon bands and also established a network of secret organisations among the plantation slaves. He drew the bands of slaves together and led a rebellion from 1751 through 1757. Although he was captured by the French and burned at the stake in 1758, large armed maroon bands continued their raiding and harassment after his death.
In 1789 Saint-Domingue, producer of 40 per cent of the world’s sugar, was the most valuable colony on earth. At the lowest level of society were the slaves, they outnumbered whites and coloureds eight to one. The slave population on the island totalled at least 500,000 by 1789, almost half of the one million slaves in the Caribbean. They were mostly African-born as the slavery system was extremely harsh and death rates exceeded birth rates. The slave population declined at an annual rate of two to five per cent, due to overwork, inadequate food, shelter, clothing and medical care.

Some slaves were of a creole elite class of urban slaves domestics, who worked as cooks, personal servants and artisans around the plantation manor. This relatively privileged class was largely born in the Americas, while the underclass born in Africa laboured hard under harsh conditions.
The area known as the Plaine du Nord on the northern shore was the most fertile area with the largest sugar plantations. It was an area of vast economic importance. Here most of the slaves lived in relative isolation, separated from the rest of the colony by a high mountain range known as the Massif. This area was a stronghold of the grand blancs, the rich white colonists who wanted greater self-government for the colony, especially economically, so they could do as they pleased.

In France, an advisory body called the National Assembly made radical changes in French laws and on August 26, 1789, published the Declaration of the Rights of Man declaring all men free and equal. The French Revolution shaped the course of the conflict in Haiti.

1791 Slave rebellion
The African population on the island began to hear of the concern for independence by the rich European planters. This class mostly allied with the royalists and the British, Africans understood that if Saint-Domingue’s independence was to be led by white slave masters, it would probably mean even harsher treatment and increased injustice for the African population as the plantation owners would be free to inflict slavery as they pleased without even minimal accountability to their French peers.
Saint-Domingue’s free people of colour, most notably Julien Raimond, had been actively appealing to France for full civil equality with whites since the 1780s. In October 1790, Vincent Ogé, another wealthy free man of colour from the colony, returned home from Paris, where he had been working with Raimond.

Convinced that a law passed by the French Constituent Assembly had given full civil rights to wealthy men of colour like himself, Ogé demanded the right to vote. When the colonial governor refused, he led a brief insurgency in the area around Cap Francais, before being captured and executed in early 1791. Ogé was not fighting against slavery, but his treatment was spoken of by later slave rebels as one of the factors in their decision to rise up in August 1790.
The slaves were not expected to participate in the rebellion. But suddenly on August 22, 1791, a great slave uprising plunged the country into civil war. Thousands of slaves in the Plaine du Nord rose up to take vengeance on their masters and to fight for their liberty. Within a year the island was in revolutionary chaos. Slaves burnt the plantations where they had been forced to work, and killed masters, overseers and other whites.

Larger disturbances were underway as leaders Jean François and Biassou led the slave uprising. The slave rebellion that had begun on the plantations in the north spread chaos across the colony. Eventually, on April 4, 1792, the French legislature proclaimed the equality of all free people in the French colonies regardless of colour, and sent Léger-Félicité Sonthonax to Saint-Domingue to ensure that the colonial authorities obeyed.

One of the most successful black commanders was Toussaint L’Ouverture, a self-educated former domestic slave. Under the military leadership of Toussaint, the rebellious slaves were able to gain the upper hand and restore most of Saint-Domingue to France. Having made himself master of the island, however, Toussaint did not wish to surrender power to France, and ruled the country effectively as an autonomous (the freedom to govern itself or control its own affairs) establishment.

French General Charles LeclercIn the same year, Toussaint issued a constitution for Saint-Domingue which provided for independence and decreed that Toussaint himself would be governor-for-life. In retaliation, Napoleon Bonaparte dispatched a force of French soldiers to the island, led by Bonaparte’s brother in law Charles Leclerc, to restore French rule. Toussaint was promised his freedom, if he agreed to merge his remaining troops into the French Army. Toussaint agreed to this in May 1802 but was deceived, and was seized and shipped off to France where he later died while imprisoned at Fort-de-Joux.

For a few months, the island was largely passive under Napoleonic rule. But it became apparent that the French intended to re-establish slavery. In October 1802 more fighting began against the French. The French were weakened by a British naval blockade, and by the unwillingness of Napoleon to send the requested massive reinforcements. Napoleon had sold the Louisiana Territory to the United States in April 1803 and had begun to lose interest in his ventures in the Western Hemisphere. The rebellion continued until the French forces were finally defeated in 1803.

On January 1, 1804, Dessalines, the new leader under the dictatorial 1801 constitution, declared Haiti a free republic. Thus Haiti became the second independent nation in the Western Hemisphere, after the United States, and the only successful slave rebellion in world history. However, the country had been crippled by years of war, its agriculture devastated, its formal commerce nonexistent, and the people uneducated and mostly unskilled.

Haiti was forced to make compensatory payments to French slaveholders in 1825 in the amount of 90 million gold francs (a value of $21 billion USD today), Haiti was forced to pay France for the next one hundred years for its independence. A great many historians believe that this has contributed significantly to making Haiti the poorest nation in the Western Hemisphere.
The end of the Haitian Revolution in 1804 marked the end of colonialism, but the social conflict that had been cultivated under slavery continued to affect the population. The revolution left in power freed slaves as well as the formidable Haitian army. These elements split into two factions – the supporters of Alexandre Pétion who were predominantly milat (mulatto, light-skinned), and those of Henri Christophe who were mainly nwa (noir, dark-skinned). The two factions assumed control of most of the businesses in the new country.

The story of history’s only successful slave insurrection and the man who led it.

Historic biopic about the Haitian revolutionist, Toussaint Louverture with English Subs. Click the poster below to watch.

It has been nearly 6 years since I launched this blog and over the years millions of you have visited and always shared your gratitude.

I’ve had to do a lot of growing, reflecting and learning in that time. I remain grateful for all your support and patience with my silence and lack of consistency. However, I promise you from January 2022 onwards, I will be present, actively posting and sharing knowledge with you

Please look out for the Haitian Revolution Post on January 1st 2022. 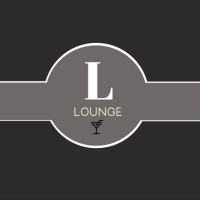 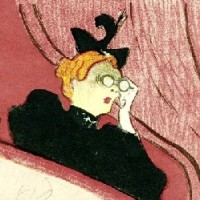 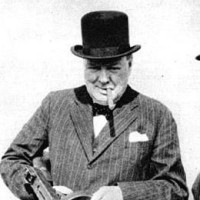 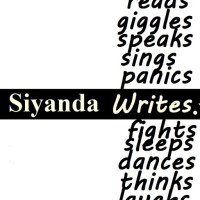 A tribute to athletic and muscular women

Where a Vivid Imagination Can Meet Reality

The greatest WordPress.com site in all the land!

A critical analysis of the American empire's high-minded rhetoric, and the ways in which it fails to square with reality.

The Home of African-Caribbean and Mixed Heritage Professionals

Redefining the Art of Business

Loud Thoughts From A Quiet Being

News from the world of Catholic Education

I don't want you to think like me. Just think!

Committed to teaching military history wherever you are!

I didn't come here to be governable

"Language is the art of communication"©